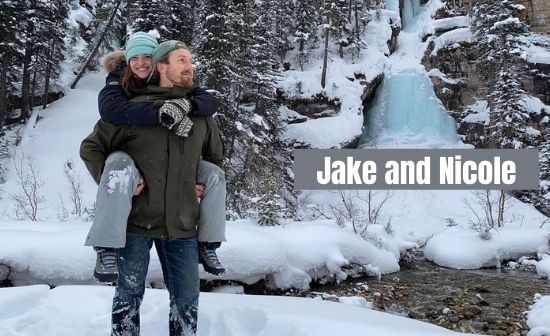 Who Are Jake and Nicole?

Jake and Nicole Living Off Grid Youtube channel’s net worth is listed as $1.9 million as of December 2021. Their channel features 279 videos with over 267 million views and 1.1 million subscribers.

Their aim is to document and share with the world their experience of living a sustainable life in the wild woods of Canada.

This couple decided to live off the grid in a yurt they constructed themselves on a 20-acre piece of property in the woods on an island off Vancouver, British Columbia they’ve named Black Fish Hollow.

Though they have separate Youtube accounts, they began their joint vlog in 2019.

Their Youtube vlog addresses life in the wilderness of Canada from snowstorms to growing their own food to building their own housing similar to Eric and Arielle from Simple living Alaska channel.

Jake and Nicole have two Australian Cattle Dog Blue Heelers named Kai and Puma who are a year and a half old.

How Did Jake and Nicole Living off grid Meet?

Jake and Nicole met in 2017 in Tempe, Arizona when he gave an urban garden tour and workshop for a group of students that Nicolle was part of. Nicole had heard of Jake and his Youtube channel about urban gardening from her boss who bought them tickets to his gardening workshop.

Although there were dozens of people in attendance, Jake and Nicole Mace struck up a conversation and exchanged contact information.

The rest, as they say, is history.

Are Jake and Nicole Married?

Jake Mace and Nicole are not currently married, but they are engaged. Jake proposed to Nicole on camera when they took their first sailing lesson off Vancouver Island where they have made their home.

He proposed in the spring of 2021 and although they have not divulged any wedding plans, their followers are greatly looking forward to their celebration when it does take place.

Did Jake and Nicole Have a Baby?

The couple is currently pregnant with their first child.

Nicole has enjoyed posting about living off grid and documenting her pregnancy during their yurt living experience in British Columbia.

Nicolle is currently six months pregnant with their baby due in the spring of 2022.

She still enjoys many of the off grid living activities including hot tub baths and helping Jake build a log cabin in anticipation of their new little addition.

Where Are Jake and Nicole Now?

They are still living on their 20 acre property in the woods of British Columbia.

They have recently built a Bunkie log cabin to expand their living and sleeping quarters in preparation for the new addition to their family.

Even though they only occupy 2 acres of the property, there is plenty of room for them to expand if they wanted to and as of now, they have no plans to move.

The couple generate additional income via their online Shop

Jake and Nicole have their own online shop called Komorebi where they sell various products to promote their Youtube channel and off-grid lifestyle. T-shirts and hoodies are available for purchase in addition to a wall calendar featuring photos from the different seasons experienced in their Canadian island woods home.

The couple has acquired decent income from their online work and they are estimated with a net worth of $1.9 million.

Jake and Nicole have expressed interest in continuing to expand their environmentally friendly way of life seeking more ways to live sustainably off the grid.

For example, planting more gardens, converting their diesel van to runoff vegetable fuel, and allowing the forest around them to thrive are all a part of their future.

Nicole has also hinted that she would love to put together a cookbook of some of their favourite vegan recipes.

Both she and Jake enjoy a vegan diet and participate in a holistic lifestyle.

Nicole loves to experiment with different teas and practice yoga in nature to keep her healthy, which is even more important to her now that she is pregnant.

The couple plans to continue their vlogging adventure and look forward to life with a baby in the great outdoors.

Currently, they have no plans to move from their haven in Black Fish Hollow but are open to whatever the future holds. 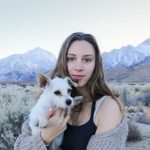 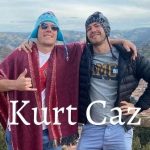