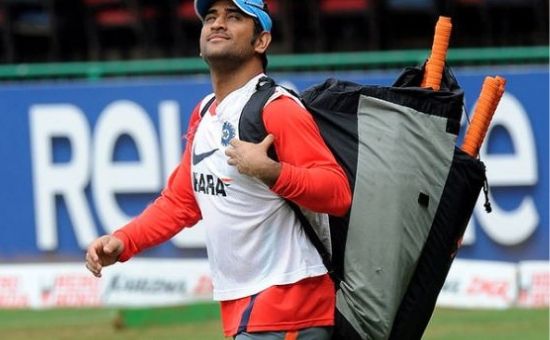 Dhoni’s very close friend says that he is not currently thinking of anything about his retirement.

Mahendra Singh Dhoni’s friend and business partner Arun Pandey said that this Indian wicketkeeper has no plans to retire, even if there is speculation about his future.

After losing to New Zealand in India’s World Cup semi-final, there has been speculation about Dhoni’s future, “He has no plans to retire immediately.

Continuous speculation about the future of such great players like them is unfortunate.

Pandey’s reaction came on Sunday before the team selection for the West Indies tour. The situation will be evident when Dhoni will be selected for the tour starting from August 3.

BCCI officials are expected to talk to the World Cup-winning captain twice. Pandey has been associated with Dhoni for a long time and sports management company Riti also sees their business affairs in addition to the sports operations.

After the World Cup, the selectors are thinking about the future and in such a 38-year-old player will not be the first choice in the team. Speculation about Dhoni’s retirement is increasing day by day.

His innumerable fans want him to continue playing while some are questioning his ability as a batsman. In the captaincy of Dhoni, India has won all ICC tournaments, World Cup, World T20 and Champions Trophy. Let us tell you that after the slow batting of Dhoni in the World Cup, speculation about Sannyas was intensified.

Dhoni also suffered a lot of criticism for his slow batting. Gambhir said about Dhoni that the selectors should now take concrete decisions about them.

Sehwag said that the selectors should have a clean conversation with Dhoni so that there is no doubt about him.