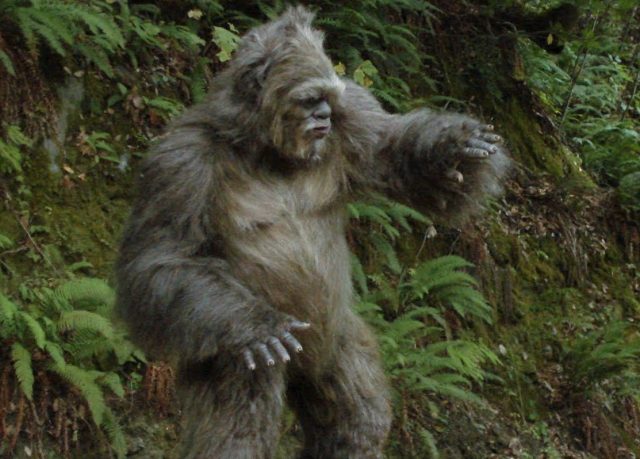 Existence of Yeti in Bhutan

The presence of Yeti in Bhutan still remains a story since there wasn’t any strong indication of a Yeti sighting.

In the Northeast part of Bhutan especially Merak, Lunana and Bumthang valley many expeditions were initiated in search of Yeti or Migoi (strong man) with top expertise and well train trek Guides of Bhutan.

Some Bhutanese Nomad says that they smell garlic where you are near to them.

How Yeti was known by the world?

He then settles down after endless hours of trek and detected large unclear ape-like creature disappearing in mountains.

Spontaneously he took several yeti pictures that were later on presented to the whole world.

He also confronts a large yeti footprint bigger than his ice axe on the ice ground.

Bhutan Government has guarded around 253 sq. Mile of the forest as Sakteng Wildlife Sanctuary to safeguard yeti habitat.

I still recall my mom used to share numerous stories about preserved mummified yeti in Bhutan monastery and encountering yeti while yak herding.

Books About Bhutanese Tales of Yeti in Bhutan by Kunzang Choden

Kunzang Choden is a well-known Bhutanese writer and sociologist, she had written several famous books like folk tales of Bhutan, the circle of karma, Bhutanese tales of yeti and many more.

There are many books published online about Yeti moreover out of all “Bhutanese Tales of yeti” really catch my eyes.

In her book, she had mentioned several collective stories about yeti, their mystical power and appearance like they have hollow at their back.

What to do if you encounter Yeti in Bhutan?

If you ever face with male yeti then you need to run upward, since it is believed that male yeti will have large hair on their body that makes him difficult to run upward.

Yeti footprints were found by a group of Indian Army

Yeti Footprints was sighted by a group of Indian Mountaineer expedition teams near Makalu Base camp in Nepal.

Several Yeti Footprints pictures were shared on Twitter and other social sites that went viral overnight.

There were several expeditions carried out in search of yeti in Bhutan but no one finds any constructive evidence of yeti existence moreover many countries considered Yeti as a mythological creature as of now.

Many scientists believe Yetis aren’t real they are kind of Tibetan bear roaming in search of foods in the Himalayas.

Also, as Bhutanese, I do believe in yeti existence in Bhutan.

Thank you so much for checking out my blog! If you like this blog please share it online.

How to convert talk-time to data in Tashicell

How to convert Bmobile balance into data Package