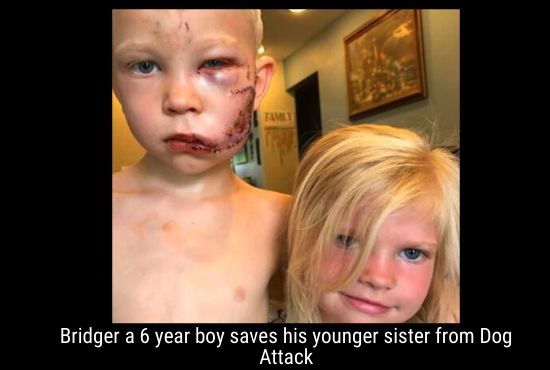 Bridger is a six-year-old boy living in Cheyenne; the USA.  Fearless act of 6-year boy saving his sister from a dog attack went viral on the internet and other social media platform.

This young fella without any second thought jump between the dog, let him get bitten but save his sister.

“After getting bitten several times on face & his forehead, he holds her sister’s hand and ran with her to keep he save” that was posted on Instagram by Bridger’s aunt Nikki Walker.

Bridger after 90 stitches from the skilled surgeon, he said” if someone had to die, I thought it should be me”