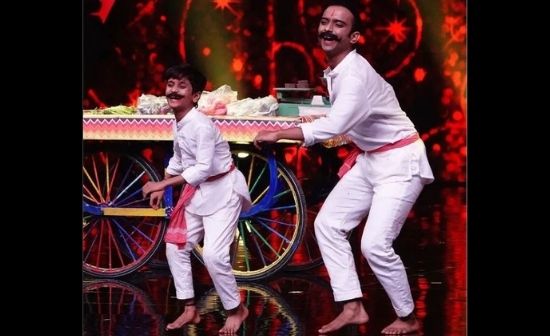 Prithviraj Kongari aka Prithviraj Ashok Kongari by his real name9 is a 9-year-old god gifted dancer born on 15 April 2012 in Belgaum a small city of Karnataka.  Before his selection in super dancer 4, Prithviraj was a former student of Xcentrix Dance studio operated by Dancer/Choreographer Kiran Kamble.

Despite being poor his father encourages his son to dance because during audition time his father shared their financial problem and he doesn’t want his son to suffer like him. Likewise, during pandemics, their house owner constantly threaten them to vacant their house because they couldn’t pay rent on time. Prithviraj’s mother is suffering from a severe back problem.

Many people believe that Prithviraj Kongari might be the winner of super dancer 4 if Florina Gogoi and Sanchit Chanana were eliminated during super dancer top 5 selections.  He is also a member of the ASP (Amit, Sanchit. Prithvi) group. At present, he is being choreographed by Subhranil Paul who was a Top 5 contestant of India’s Best Dancer in the year 2020.

There is no detailed information online about his parents but we do know that his father works in a small saree factory in Belgaum and his mother is a housewife.

In audition time he performed in song “Phir Se Ud Chala” sung by popular Indian singer “Mohit Chauhan” and he got a standing ovation from Judge Shilpa Shetty and Geeta Ma. Judge Shilpa Shetty compliment she was so immersed in the performance and Judge Geeta Ma had goosebumps on her face.  But Judge Anurag Basu was not so impressed with his performance. Likewise, he compliments that he has the potential to accelerate in the Mega audition so he pull-up the lever for him.

How old is Prithviraj Kongari?

If I have left out any information about Prithviraj Kongari please do let us know!