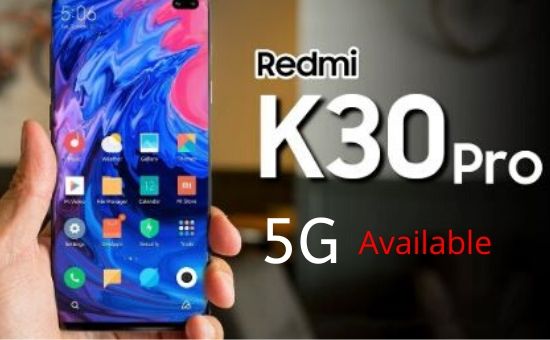 Xiaomi launched its killer smartphone Redmi K20 series in India this year. This mid-range smartphone has been well-liked. The next model of this smartphone series xiaomi redmi k30 soon going to launch in India.

Talking about Redmi K30, it can be launched with dual standby 5G network support. In this, Qualcomm 7250 chipset can be launched with the processor. Apart from this, dual punch-hole display and selfie camera can be given on the phone just like Samsung Galaxy S10 +. This smartphone can be launched in China early next year. However, whether its 5G version will be launched in India or not, it will be known only at the time of launch. Not only this, but it can also be given the industry’s strongest 108-megapixel rear camera. Xiaomi is continuously promoting its 108-megapixel camera phone. In such a situation, it will be necessary to see if the 108-megapixel camera is standard in 2020.

Talking about Redmi K20 series, two smartphones Redmi K20 and Redmi K20 Pro have been launched in this series. This series has also become popular among users because it uses a high-end Qualcomm Snapdragon 855 chipset processor in addition to a 48-megapixel camera in its back. Not only this, pop-up cameras and in-display fingerprint sensors are also provided on the phone. In this smartphone series, all the features are being offered to the users, which can be seen in any premium smartphone.

How to install Google Chrome Extensions on Android Phone

What is mAh in the battery? (Milliamp Hours)